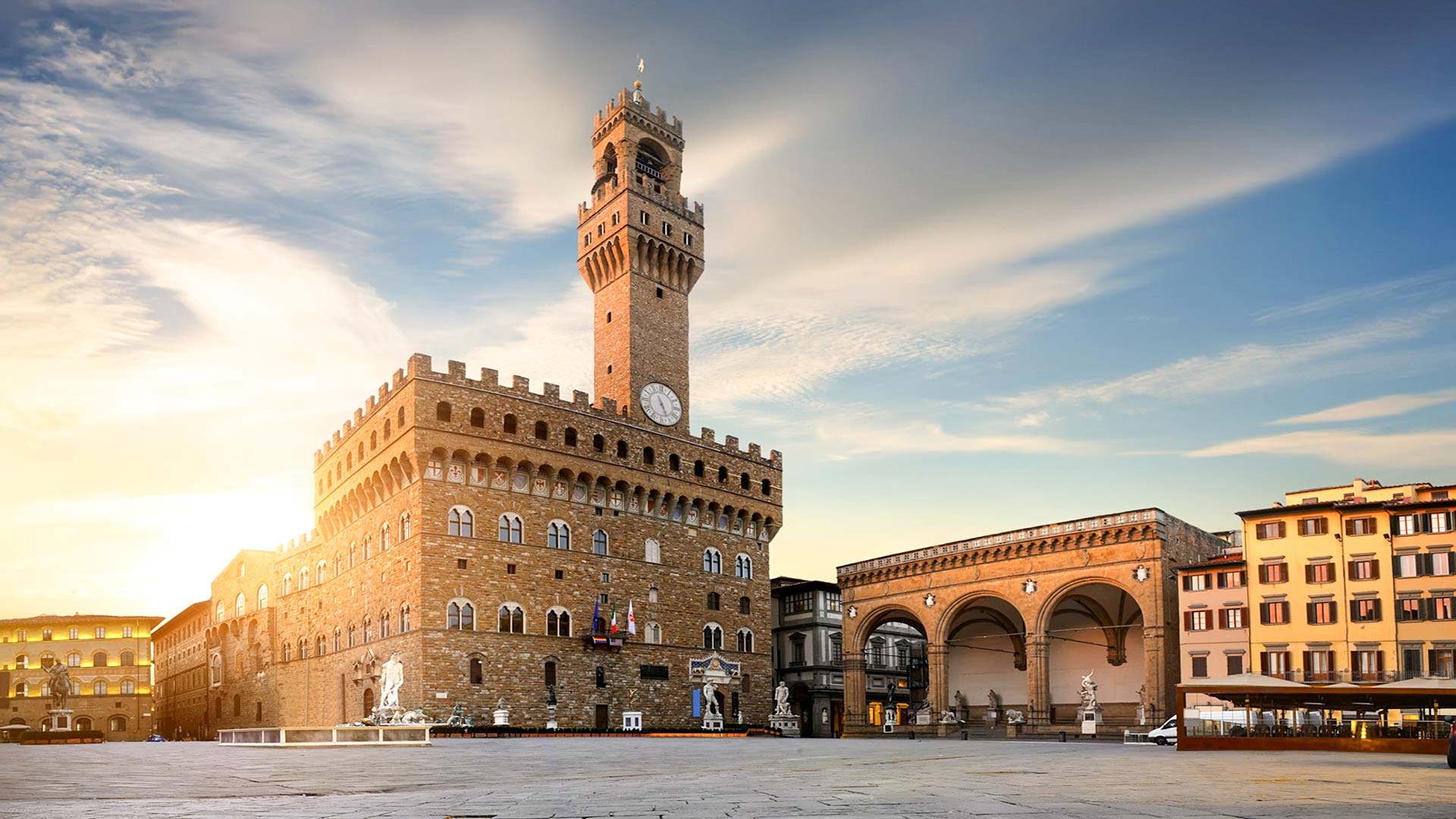 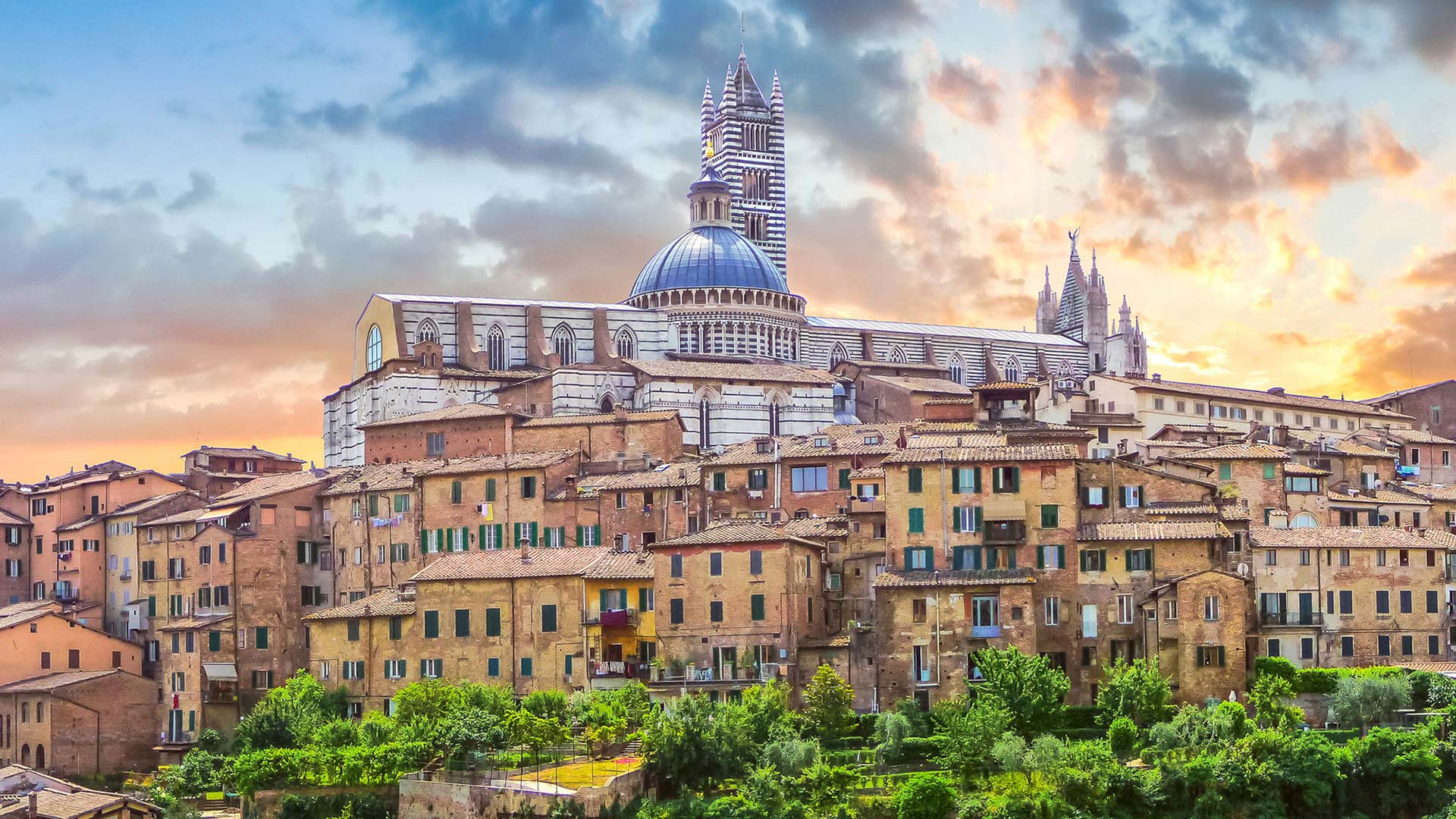 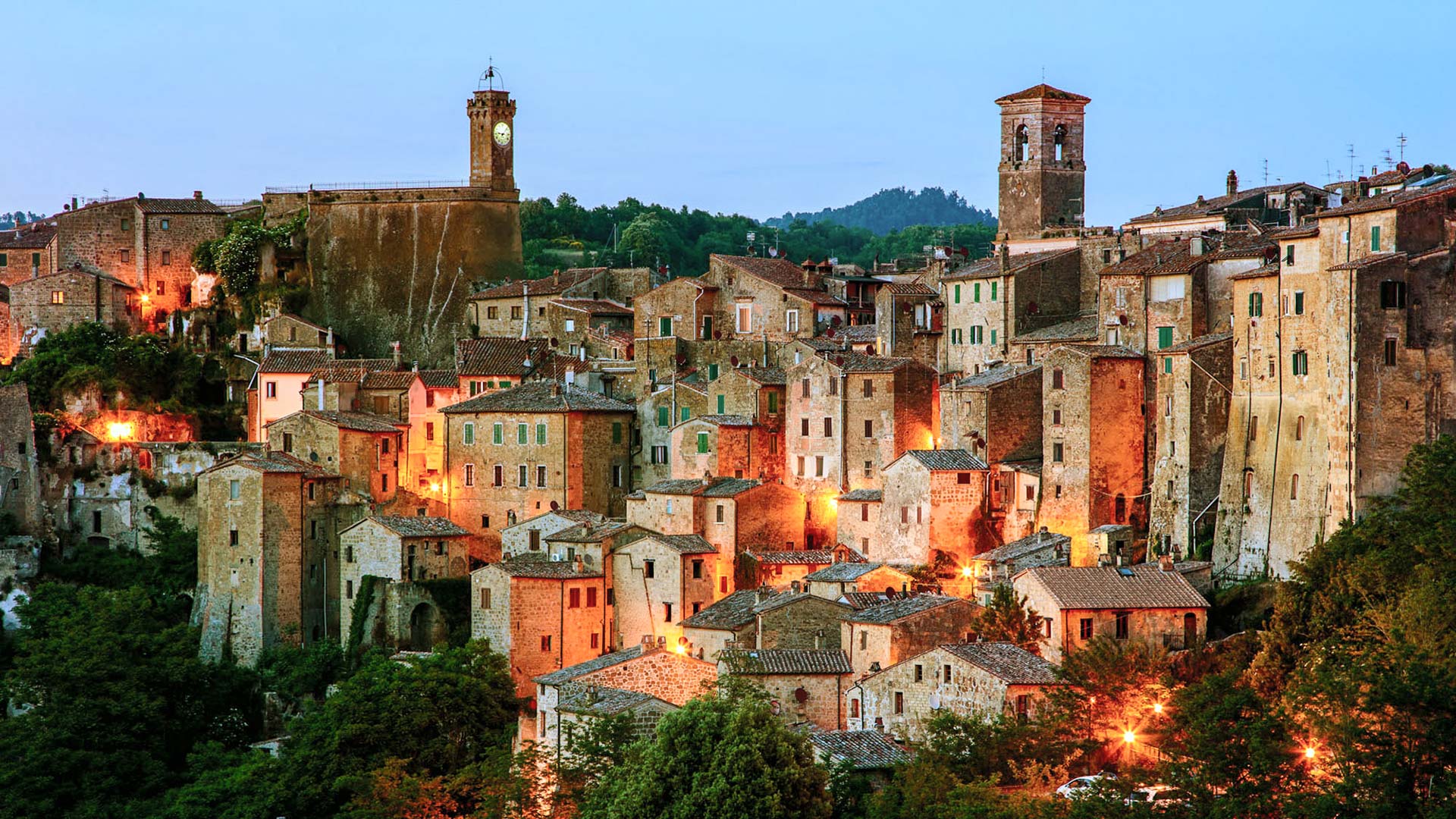 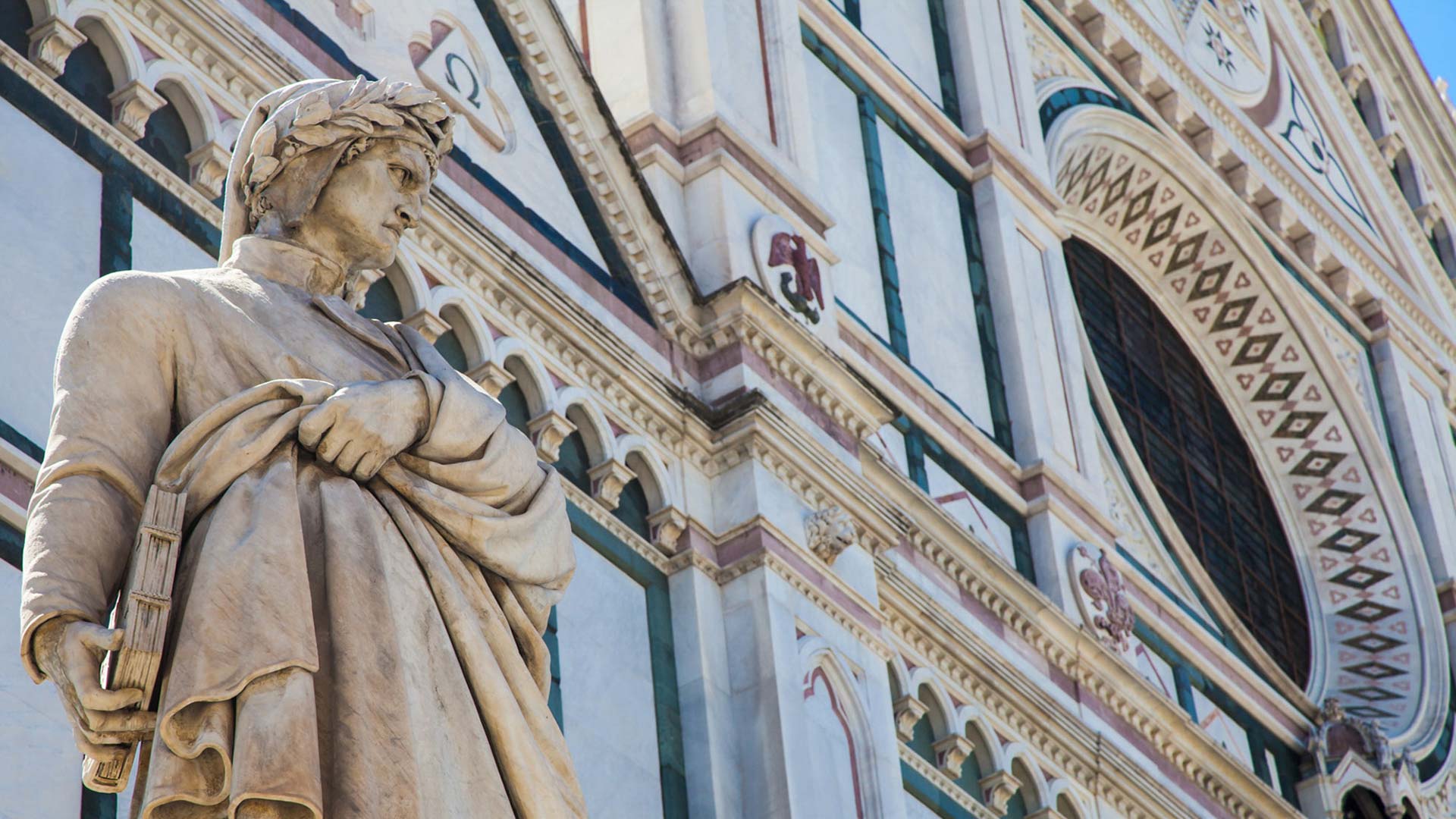 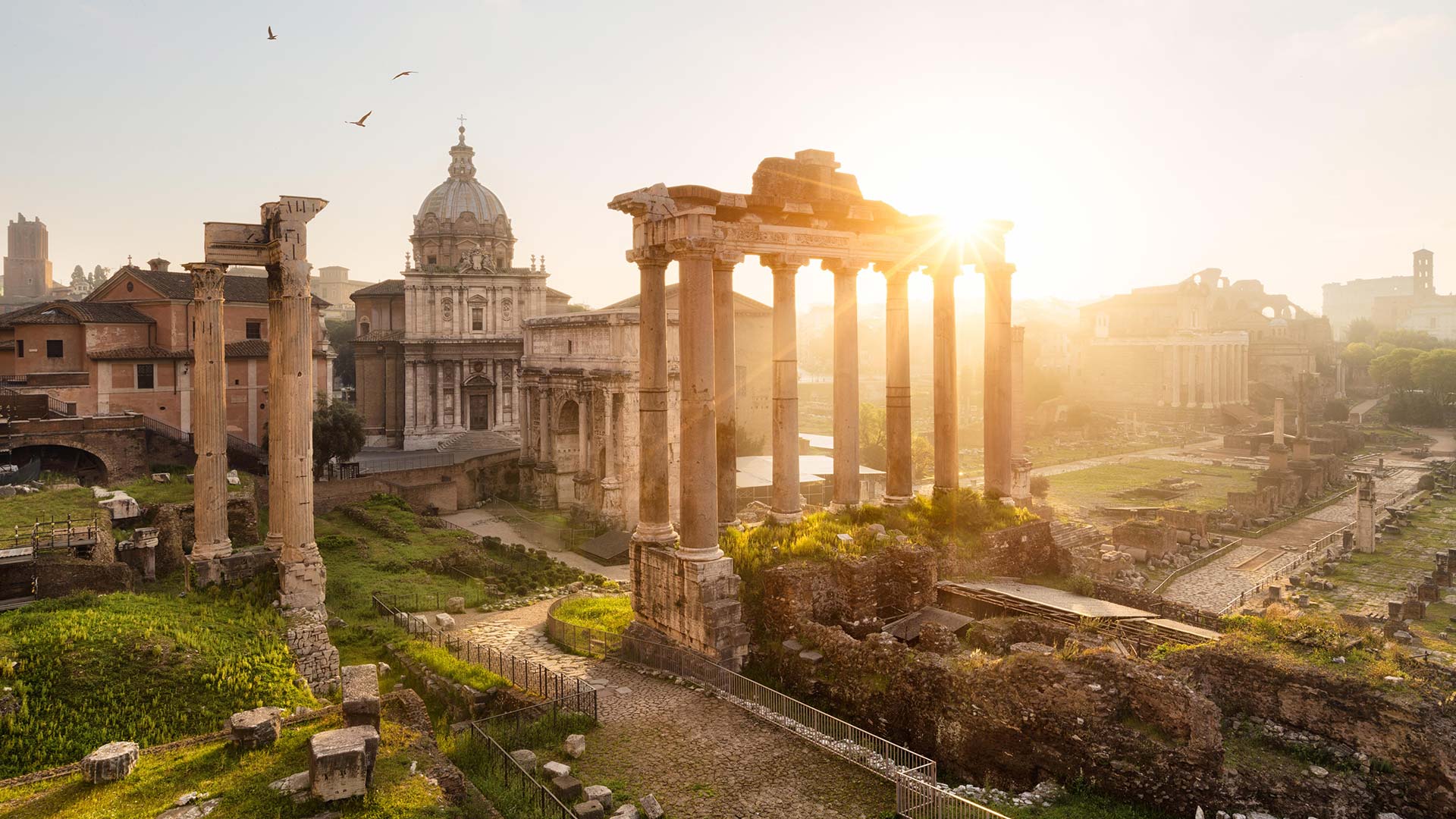 When you stay at any of our four properties, you will be spoilt for choice, as we are surrounded by charming Tuscan villages to explore. Here is a sampling of some of our nearest and dearest. (And when you arrive, we will help connect you with wonderful restaurants, markets and festivals in these special locations–that’s what The Isabella Experience is all about!) 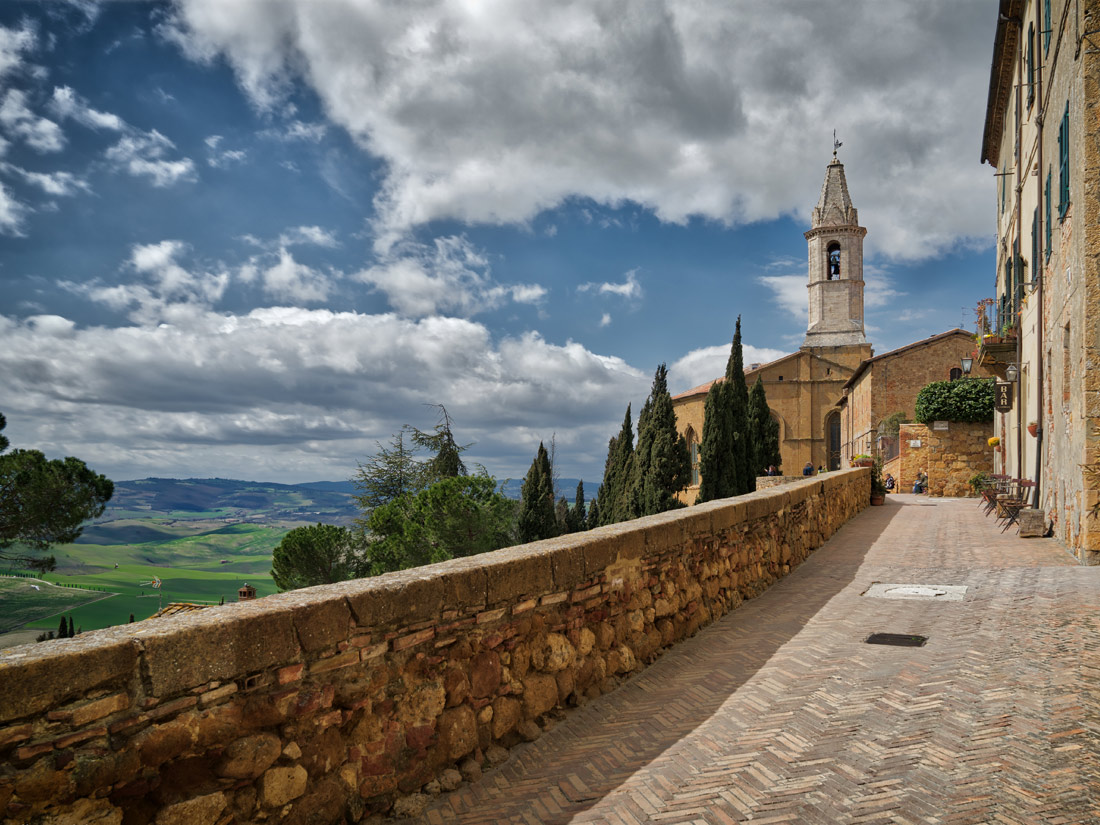 Pienza is a magical place to visit. Zeffirelli filmed his acclaimed version of Romeo and Juliet in Pienza, no doubt choosing this beautifully preserved Renaissance gem for its outstanding architecture and its incomparable setting. Pienza’s center was completely redesigned by Pope Pius II during the Renaissance, and was seen as an ‘utopian town’ by the Italian people. It has changed little since then, with a great number of ornate, centuries-old buildings packed into a relatively small area. The cathedral, designed by Rossellino (1459) has dazzling Sienese altarpieces and 16th century tapestries in the crypt. The Papal Palace, the Palazzo Piccolomini, occupied by the Pope’s descendants until 1968, is now open to the public. The palace’s hanging garden offers spectacular views of the valley. From our Agriturismo Cretaiole, you will see the sun and moon rise behind the city skyline of Pienza. 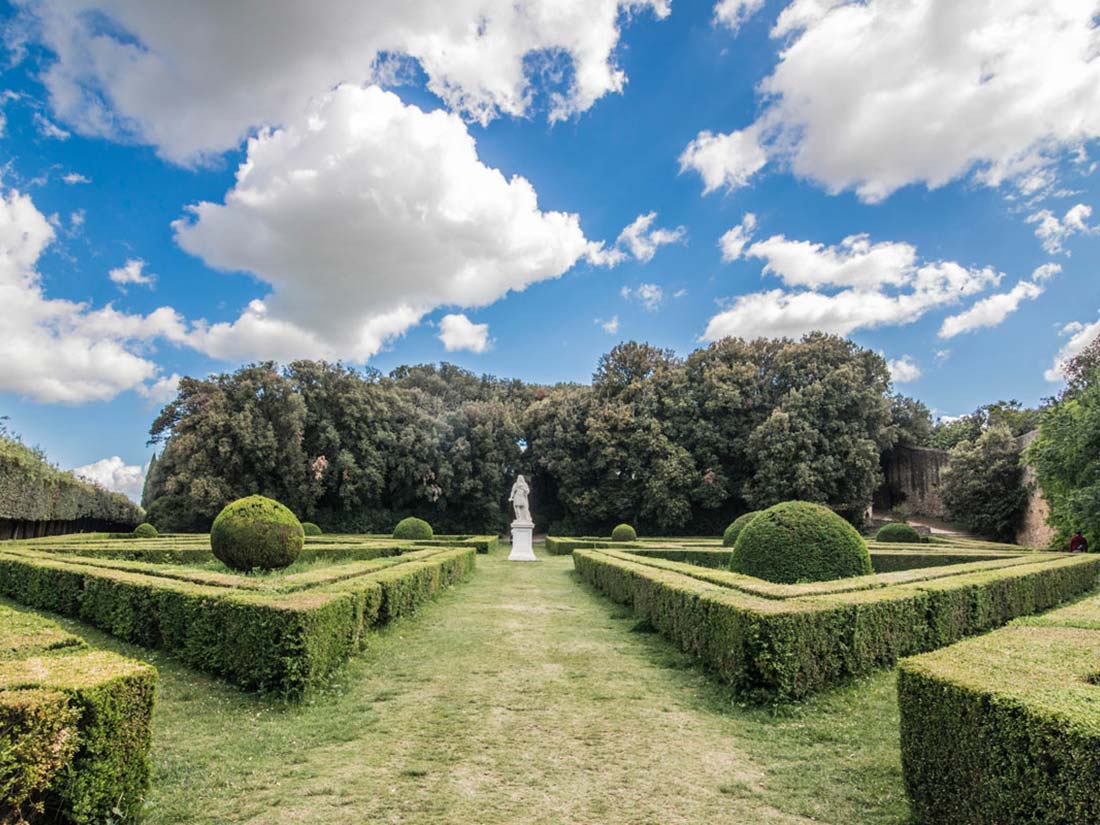 Pilgrimage Stop on the Via Francigena

Located on the ancient Roman road, the Via Cassia, this well-preserved village holds maximum charm, lots of history, and wonderful shops that appeal to both tourists and the locals. Remarkably, San Quirico has remained “untouristy”, and is therefore a delightful village in which to spend some time. 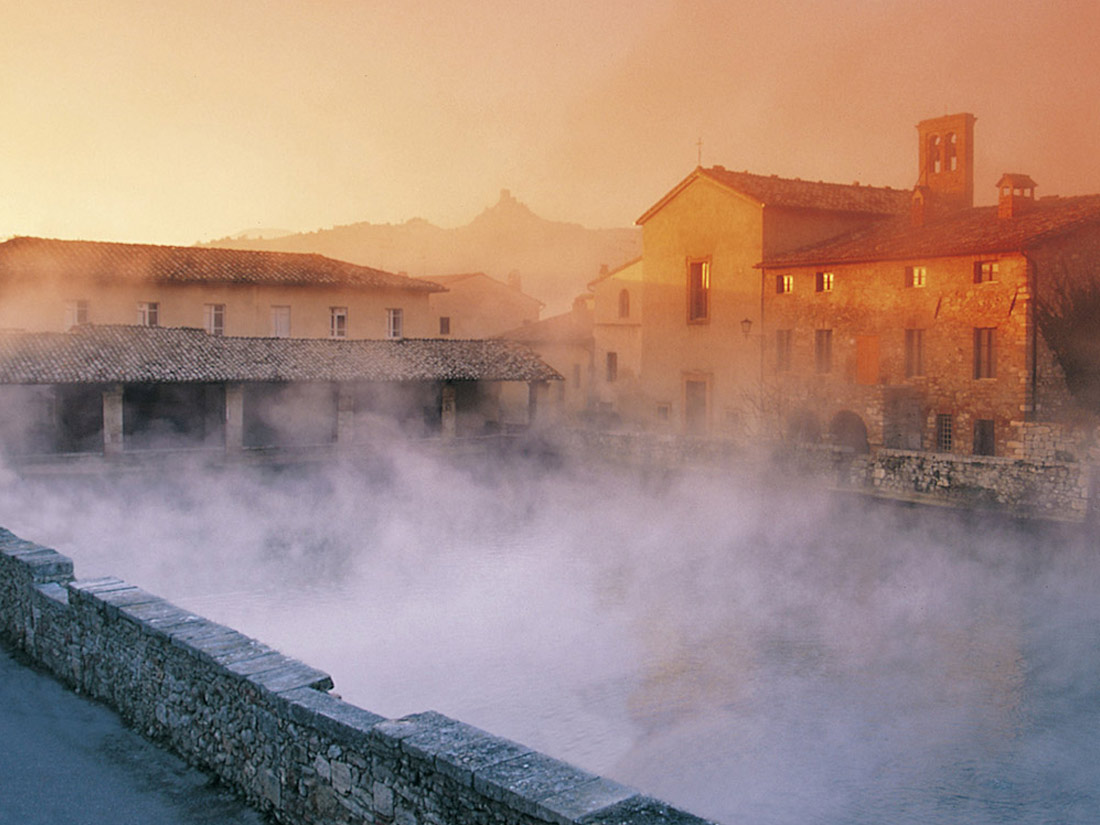 The thermal baths of Bagno Vignoni, enjoyed by the Romans who consecrated these waters to the nymphs, became even more popular during the Middle Ages, thanks to their proximity to the Via Francigena—an important thoroughfare between Canterbury, England and Rome. Plan a half-day to soak in the thermal spa and pamper yourself with the many luxurious spa treatments. 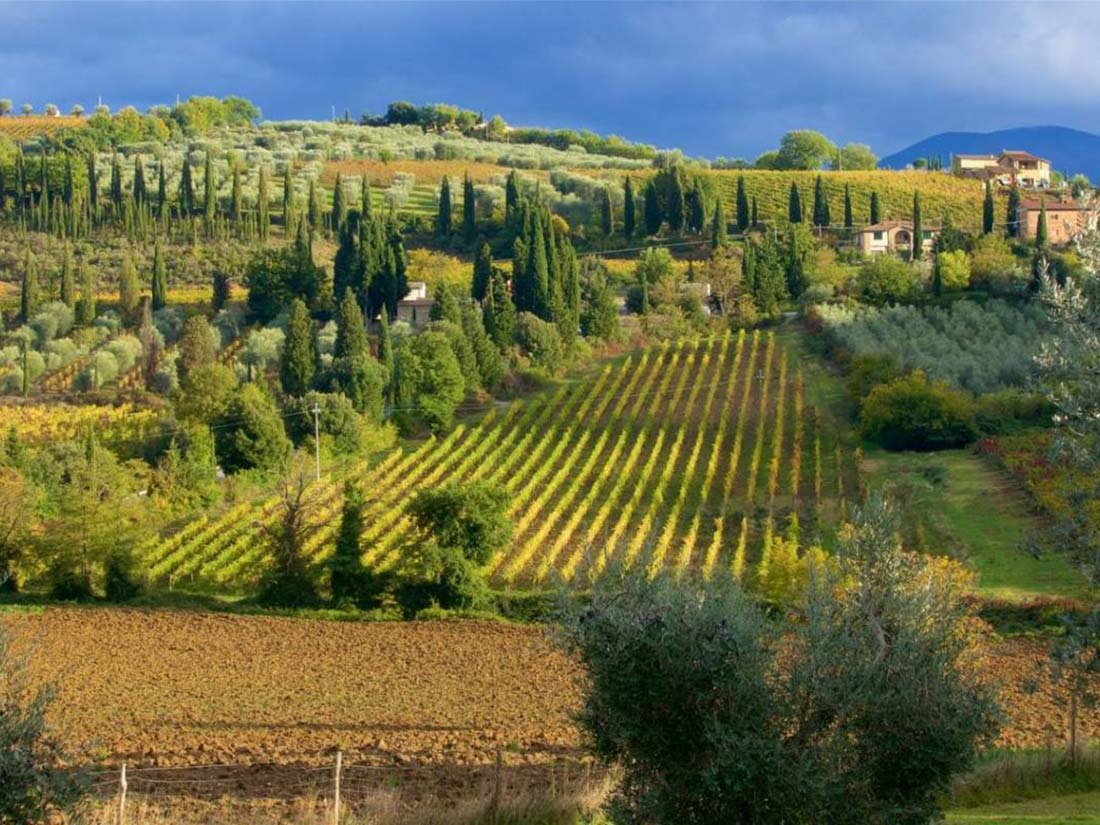 It is difficult to believe that Montalcino, one of the prettiest hill towns in Tuscany, was once used as a pawn in the warring struggle for power between its neighbors that initiated a centuries-long decline, ended only by the creation of the world class wine Brunello di Montalcino. Despite its stormy past the town remains unspoiled and rich in history. Located in the isolated and steep countryside, nestled inside a protective wall, Montalcino maintains its picturesque charm. Enjoy a tour of the Fortezza and wine tasting by a seasoned sommelier. 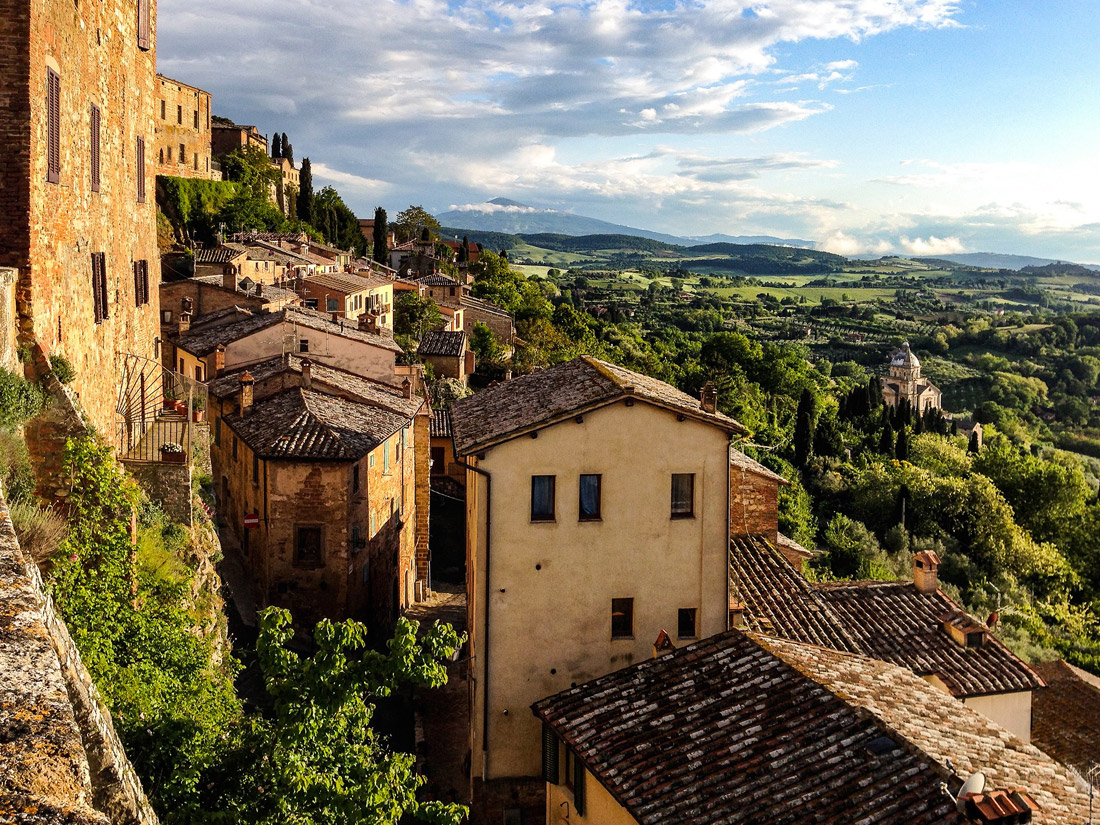 Montepulciano is rich in treasured works created by famous Renaissance artists, charming squares and churches–architectural jewels preserved through the centuries. Famous for its Vino Nobile wine, the town sits high on a hilltop overlooking the southern Tuscan countryside of vineyards and olive groves. It is the birthplace of poet Agnolo Ambrogini, also called Poliziano, the town’s most famous son who was one of the first Greek scholars and an accomplished critic.
Add also that it is a town with lots of wine cellars, artisans, underneath labyrinth and etruscan tombs out of which they have created shops. 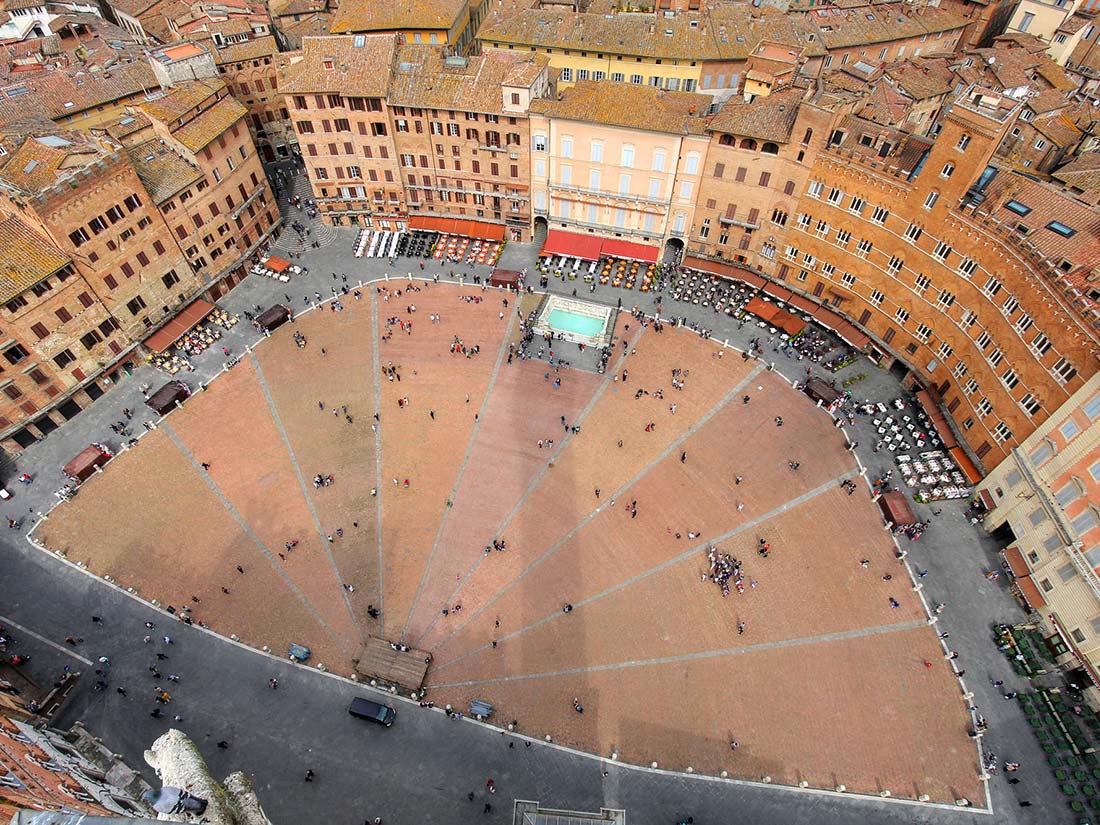 Home of The Palio and Il Campo, The Most Beautiful Piazza in Italy

Siena is one of the most beautiful medieval cities in all of Italy, with a city square the shape of a shell that invites you to come and make yourself at home. If you are here in the summer, you may want to attend the Palio (horse races held every 2 July and 16 August) or, if you want to avoid the crowds but still take part in the festivities, come for a pre-Palio tour with one of our most knowledgeable guides and see a trial race. Siena is famous for its art and architecture. 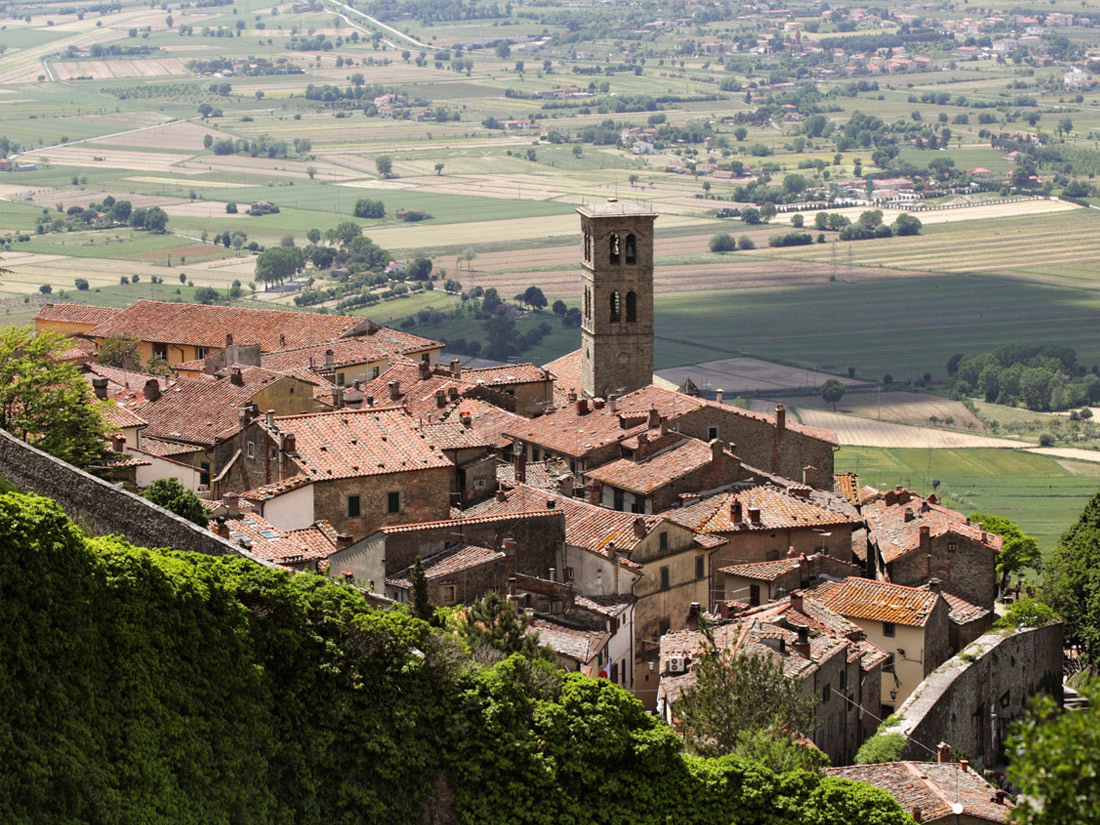 The Etruscan City Made Famous in “Under the Tuscan Sun”

An encounter with Cortona is an encounter with art, history and spirituality. Getting to know this timeless city is a real discovery of our past. Cortona offers testimony to its history as well as an enchanting view of the landscape enclosed by Trasimeno Lake and the Apennines. Located on the border between Tuscany and Umbria near Lake Trasimeno, Cortona overlooks the Val di Chiana, a view of vineyards and olive groves stretching out to Monte Amiata. The film “Under the Tuscan Sun”, which was based on Frances Mayes’ bestseller, was primarily shot in Cortona, where the author lives most of the year surrounded by the hills of Tuoro sul Trasimeno. 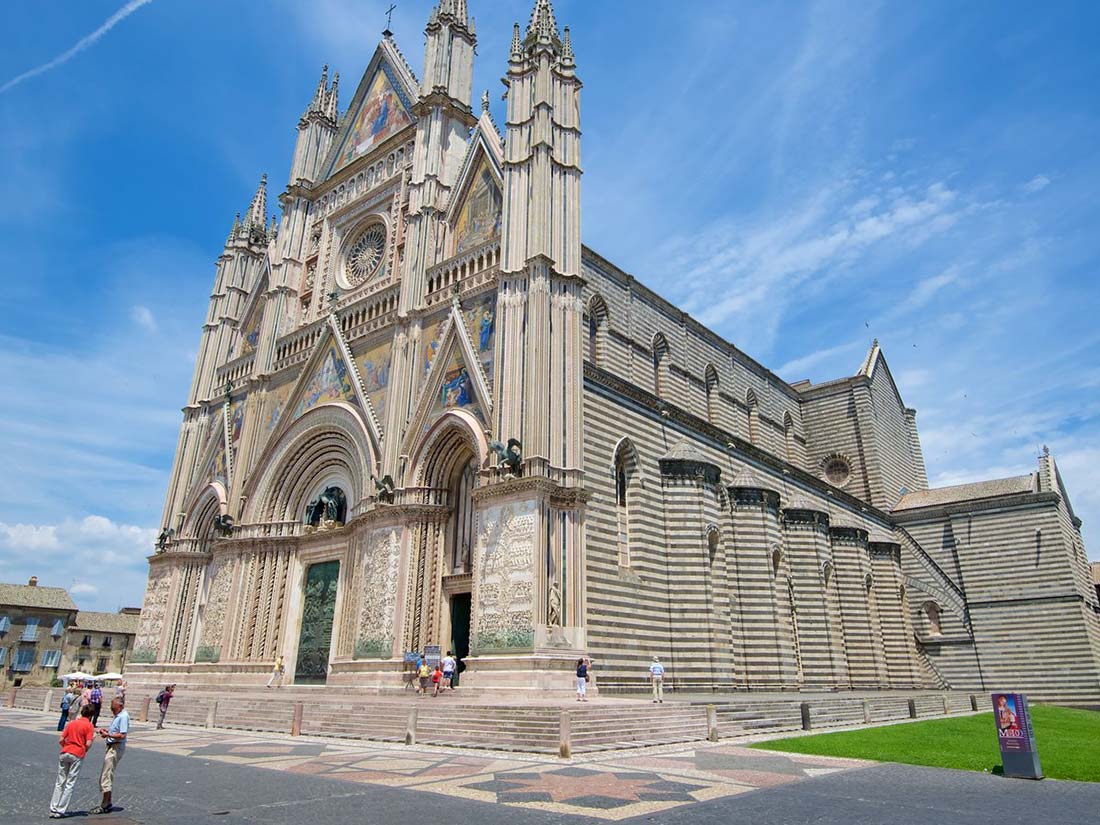 Visiting this city is like traveling back in time, where traces of every period in the last three thousand years can be found, layer upon layer. Perched on a cliff of tufa rock, the city of Orvieto is a perfect integration between nature and man-made structures. In certain cases there are explicit references to the harmonious relationship between nature and architecture, as found in the inscription on the Well of San Patrizio that reads “quod natura munimento inviderat industria adiecit” (“What nature had once denied [water, in this case], has been added by the human hand.”). 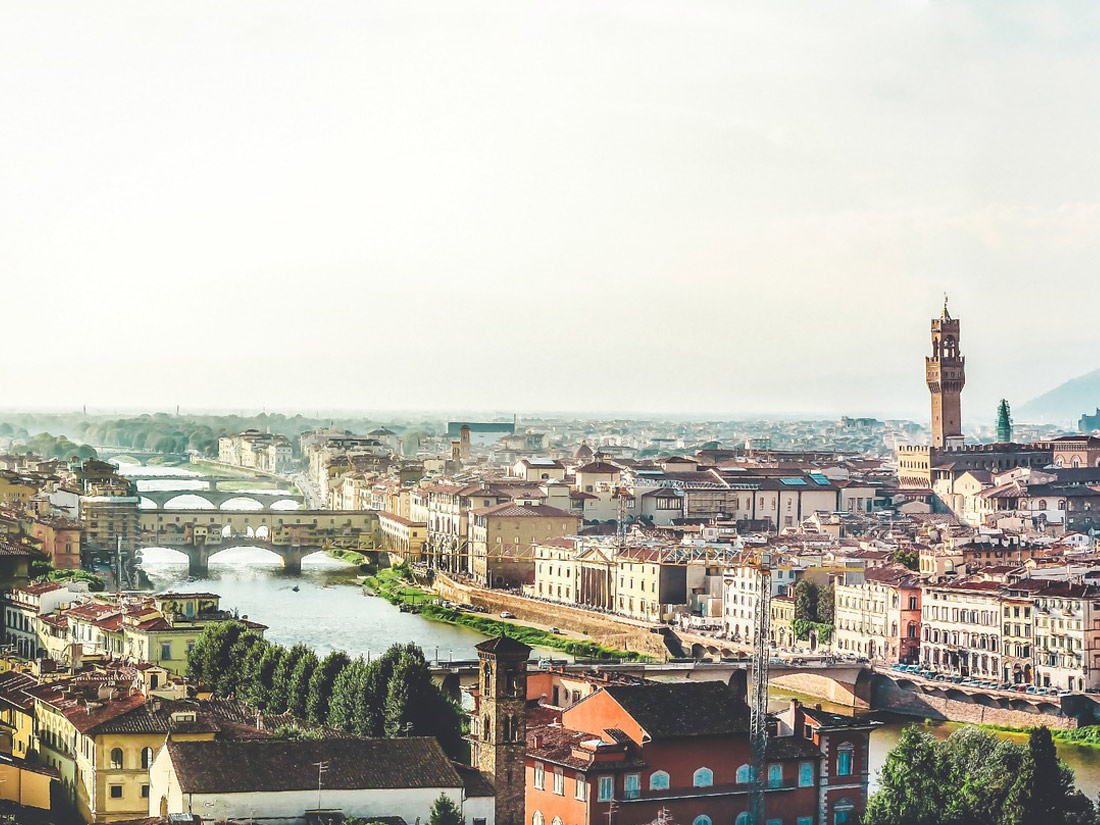 Birthplace of the Renaissance

Florence (called Firenze in Italian) is one of the world’s most important cities and deserves a stay of at least 3 days. But if your time is limited and the only way you can see Florence is on a day trip, you can do this while you stay with us. For maximum enjoyment and best use of time, we recommend that you hire a driver who will pick you up in the morning and take you directly to the heart of the city. Be sure to have us make reservations for you if you want to visit the David by Michelangelo (located within the Accademia Gallery) or the Uffizi Gallery to avoid the lines. 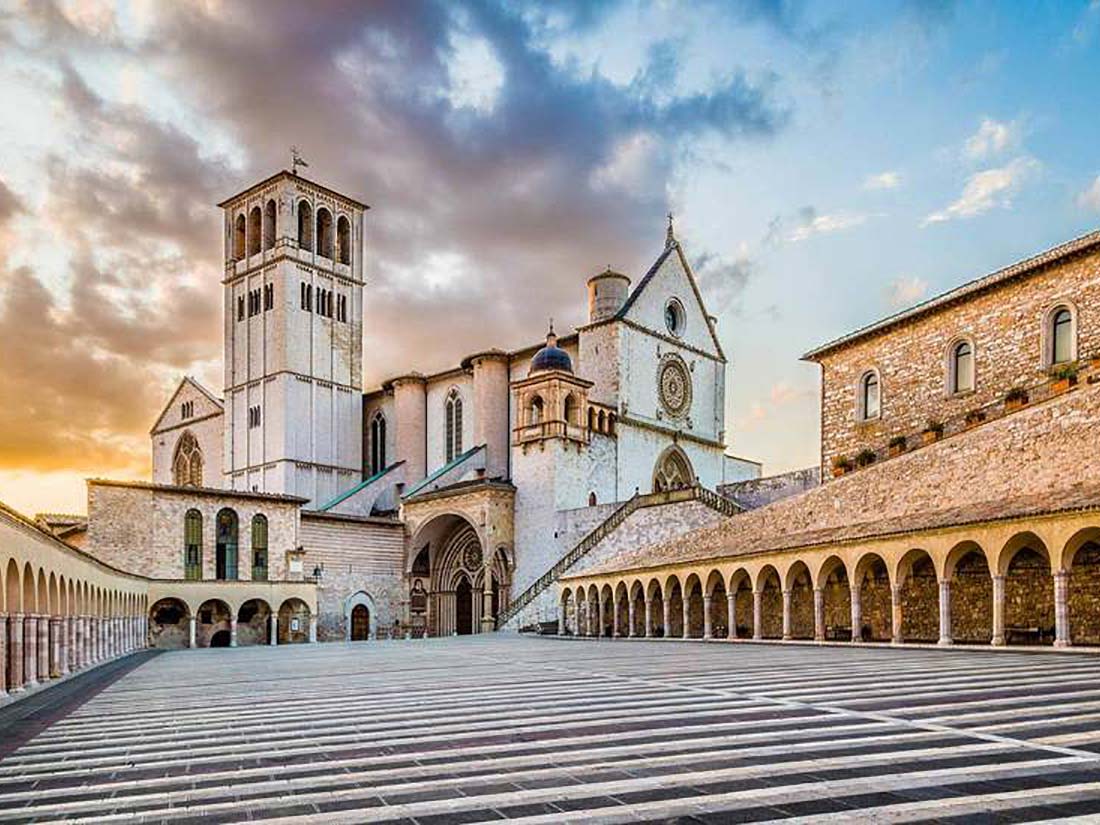 Assisi, a medieval hill town in central Umbria, is famous for St. Francis of Assisi and the magnificent Basilica of St. Francis, with its upper and lower churches decorated with frescoes by numerous late medieval painters from the Roman and Tuscan schools, including works by Cimabue, Giotto, Simone Martini, and Pietro Lorenzetti. The city has other buildings of great significance and beauty, such as the Basilica of Santa Chiara (St. Clare) with its massive lateral buttresses, and nearby, the Basilica of Santa Maria degli Angeli (St. Mary of the Angels), which houses the Porziuncola. Don’t miss the Eremo delle Carceri, a small monastery and church in a canyon above Assisi, where St. Francis retreated and preached to birds. 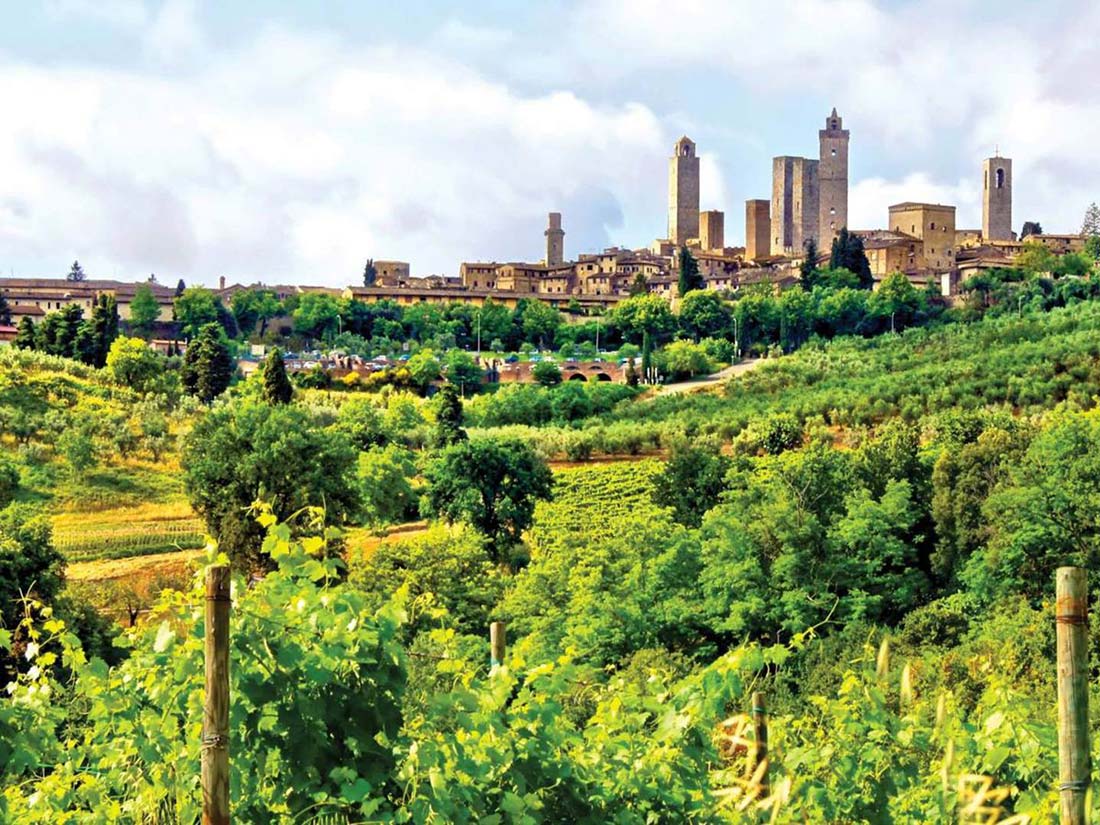 The City of Beautiful Towers

San Gimignano is a fairy-tale town overlooking the Val d’Elsa. It is known for its Vernaccia white wine and its many medieval towers. Home to a small Etruscan settlement, San Gimignano is worth more than a quick stop. The center is an artistic jewel with a well-preserved history. Because the Via Francigena thoroughfare ran through the town, it is one of Tuscany’s greatest examples of medieval urban centers. 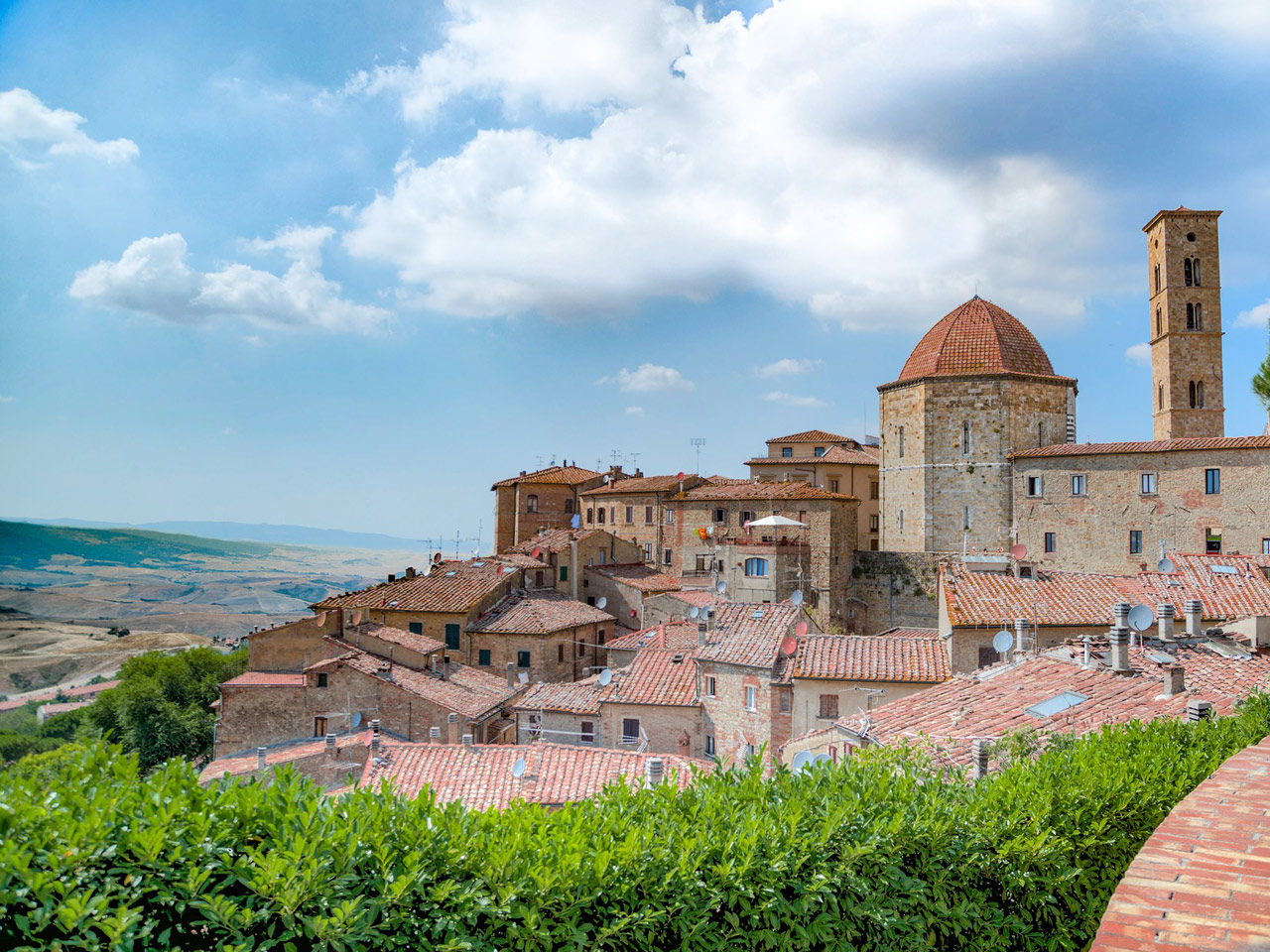 Enveloped by a calm air and the silence of the Era and Cecina valleys that surround it, Volterra rises up on a hill little more than 500 meters high. From state road 68, its visitors are met with a fantastic view of a town soaring over the green countryside and clay terrain. Known for its handicrafts and alabaster production, the town is enclosed by a double wall and boasts a rich history touched by different civilizations and cultures. You will be swept away by its history, peaceful air and tranquility. Not only is Volterra located in a remarkable natural landscape, it also boasts a cultural heritage that is vast for such a small town. Every corner of the town holds well-preserved testaments to the past, including Etruscan, Roman, Medieval, and Renaissance civilizations. Such traces are found in ruins and in the city’s numerous museums. 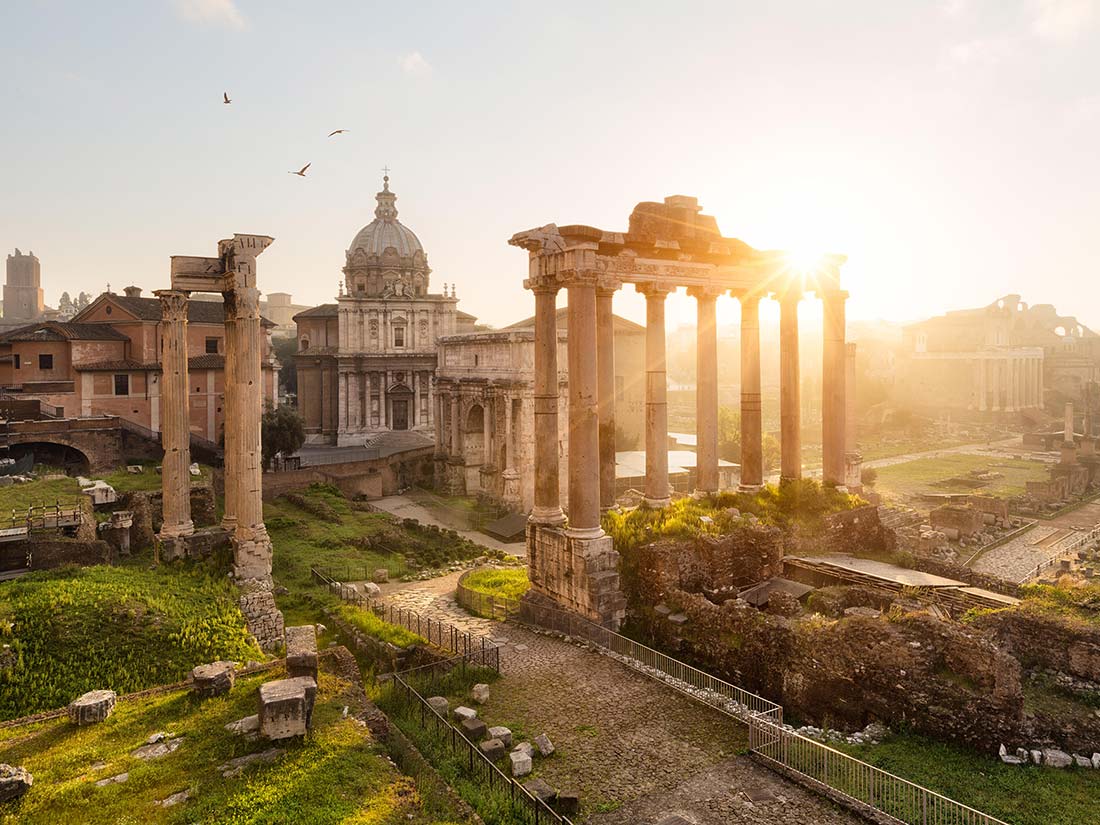 You may prefer to go instead by train, leaving from the train station in Chiusi where you can leave your car in the long-term parking lot at no charge, and emerge in the city of Rome at the main train station, Roma Termini. The train connections between Chiusi-Rome-Chiusi are plentiful. If you leave early in the morning, you can spend a full day in Rome and still arrive back home at the villa by bedtime. With a reservation for the Vatican or the Colosseum/Roman Forum, you will have time to do a tour and also see many wonderful sights before heading home. 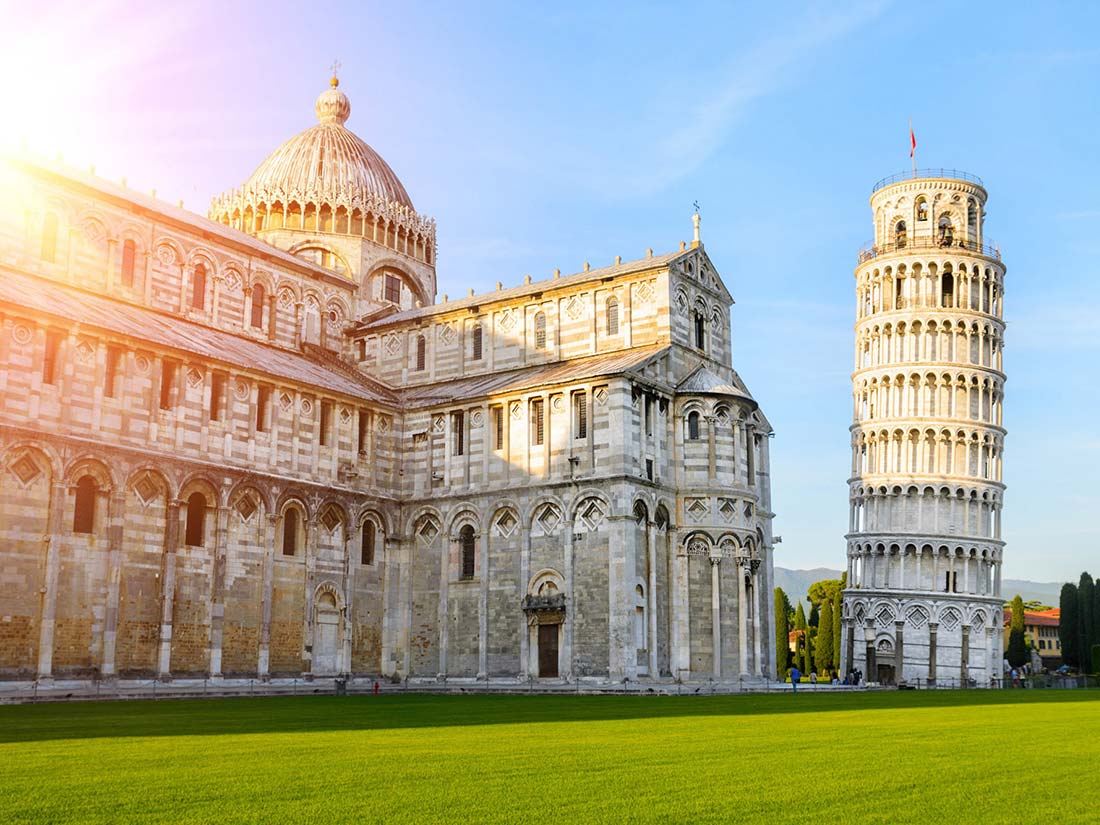 The Leaning Tower and Field of Miracles

Most people go to see the Leaning Tower and the magnificent Cathedral and Baptistry in the Field of Miracles. It is possible to include in this day trip a side excursion to Lucca (see below). 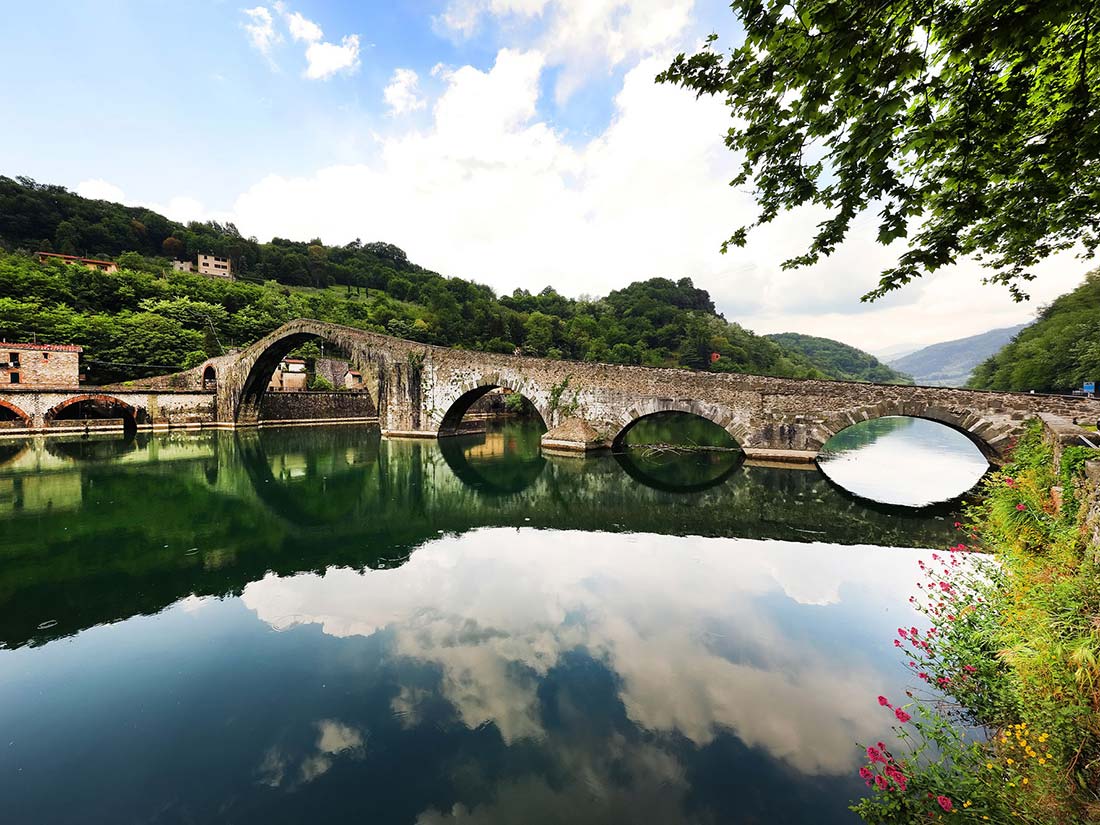 The City of Tree-Lined, Fortified Walls and the Birthplace of Puccini

You will find Lucca, an ancient Etruscan and Roman city, to be one of the most beautiful towns of Tuscany. Rent a bicycle or walk around the entire town on the city walls, enjoy the architecture, and have something to eat in the old Roman amphitheater.

Stay updated with our latest events and offers 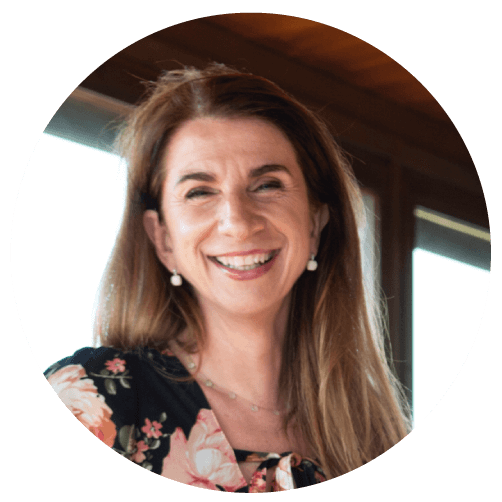 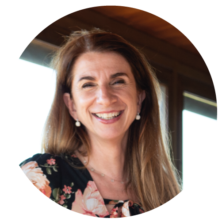